DONGRI TO DUBAI BOOK IN ENGLISH

When Haji Mastan was establishing his reins on the waters of the Mumbai, somewhere else in the city a child was born to Ibrahim Kaskar, who was named as Dawood Ibrahim Kaskar. Ibrahim Kaskar was an honest, god-fearing head constable in Mumbai Police and commended a lot of respect amidst both police and goons owing to his integrity. Dawood started off his childhood well in a good school and in a congenial environment before finally diverging to his rough means, slowly and steadily climbing ladder to mafiadom.

His petty crimes and acts gave way to an unknowing bank robbery which resulted in the birth of the man that would one day become Dawood Ibrahim, the Don.

The future course of events saw him fostered by Mumbai police as a weapon to uproot and eradicate the gang of Pathans who were creating havoc in the city. While the Mumbai police thought that they are using Dawood to accomplish their purpose of freeing the city from Pathans, the later heedfully used them to clear his arch rivals and the struggle that followed saw the emergence of what the world would say — a stronger Dawood.

The Mumbai police nurtured one outlaw to tackle many others which were present in the city thinking that it would be easier to tackle one rather dealing with the bunch of them — the time only proved, how dubious and faulty their perception was.

As the Mumbai underworld evolved, the gang wars and the bloodshed became more and more prominent between the Dawood and Pathan gang. The phase that arrived dethroned all rules, ethics or humanity. Dawood not only turned vengeful but also intensely motivated and driven, propelling him out of the small league of Mumbai pool and pushing him into a big sea of ruthless crime.

And when post charges against grew in number, the boy from Dongri left Mumbai and escaped to Dubai, though his fiefdom continued to remain in the city. 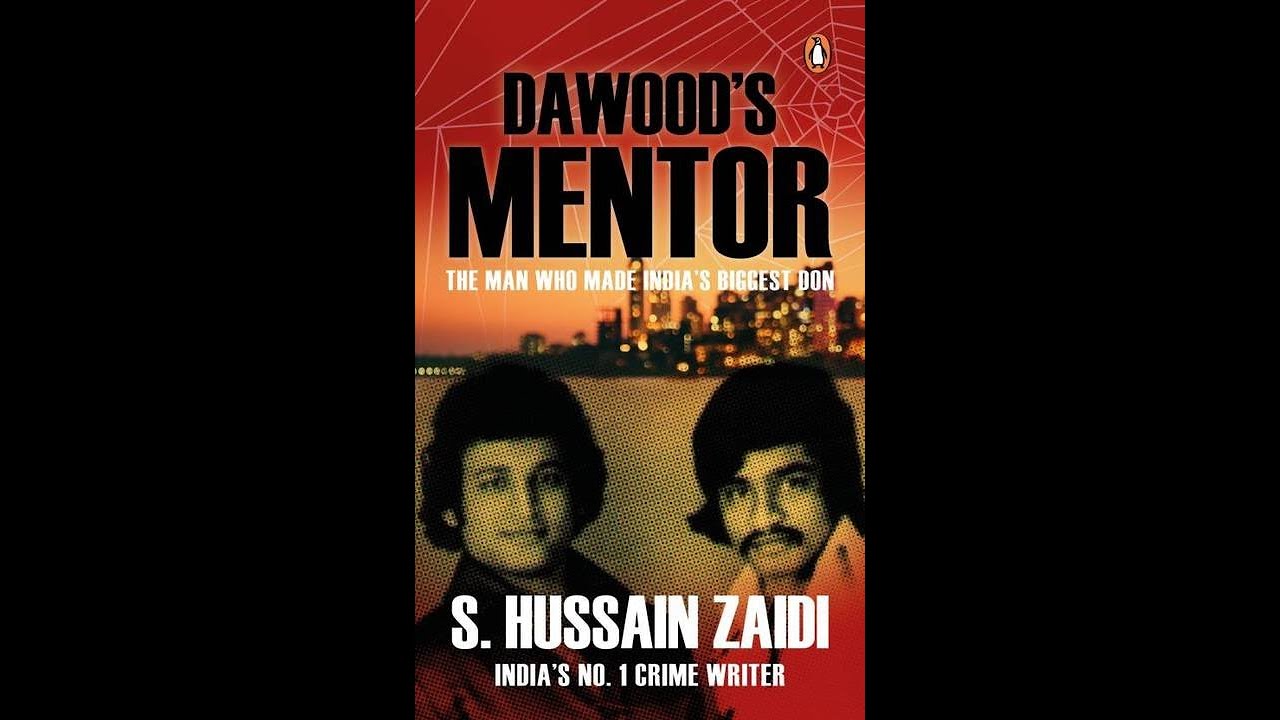 Despite being forced to exit the city forever, Dawood continued to control the strings of Mumbai mafia while sitting in Dubai. Whosoever went against him or tried to overshadow him on the pretext of him not present in the city, was either staged or killed. The increasing influence of Dawood and his D-Company in crime and terrorism led him notoriously climb up the ladder of most wanted criminals. Consequently, the Indian government constantly pushed for his extradition to India at various international forums.

Simultaneously, the underworld witnessed the rise of many new names as well like Chota Rajan, Chota Shakeel and Abu Salem, much to the ire of Mumbai Police. Amidst the rising crime and criminals, the criticism of Mumbai Police stood at its pinnacle as all its attempts to capture criminals or abort their operations were thrashed and foiled.

The book also explores the Bollywood connections of the underworld and also unexecuted attempt of Indian agencies to nab Dawood at his daughter reception with Javed Mianadad in Dubai, which the whole world kept an eye on.

How did Dawood turned towards mafia despite having affluent upbringing in the beginning and having an honest, god fearing father? How did the Mumbai police pawn Dawood eventually became its nemesis making them dance to his tunes? How did the topography of Mumbai mafia changed with the emergence of D-Company and its supreme, Dawood Ibrahim Kaskar?

Dongri To Dubai: Six Decades of The Mumbai Mafia

How did Dawood manage to exercise full control over the Mumbai despite being away therefrom? What was his role in Mumbai blasts? My Thoughts. What could be more paradoxical than the fact that the Mumbai, our own city of dreams has become synonymous with the terms like mafia, crime and criminals.

Though much has been written and said about the rise and fall of gangs and goons in Mumbai, the information remains all scattered across the print and electronic media. Unfortunately, a single book covering the genesis of the underworld in a chronological manner was long awaited.

The author being a crime reporter himself for the last twenty years has skilfully and meticulously penned down his research, findings and knowledge about the evolution of the gangs and mafias in Mumbai.

To say, that the book completely shocks you and bowls you over with a revelation would be an overstatement as, thanks to Bollywood and media, the people do have tits and bits of knowledge of the crime facts and activities. But it does chronologically brick by brick let the reader understand how once discrete and all scattered crime transformed into organized corporate like syndicate — the journey that spanned across six decades since independence. The result is a page turning piece of non-fiction which has more thrills and plot twists than the fiction itself.

Per se, it covers the biography of many gangsters who reigned Mumbai in one form or the other viz. Some amount of editing would have done more wonders to the book.

Further, I personally felt that though the book starts of well right from s and gradually progresses further step by step, the moment Dawood and his D-Company comes into prominence all other characters take a back seat.

For instance, not much detail has been given about the outer years of Haji Mastan or Karim Lala and many other notable mafia dons. As the narration progresses, it tends to be more and more Dawood centric and his D-Company.

Format Paperback. Condition Brand New. It is the story of notorious gangsters like Haji Mastan, Karim Lala, Varadarajan Mudaliar, Chhota Rajan, Abu Salem, but above all, it is the story of a young man who went astray despite having a father in the police force.

The narrative encompasses several milestones in the history of crime in India, from the rise of the Pathans, formation of the Dawood gang, the first ever supari, mafia's nefarious role in Bollywood, Dawood's move to Karachi, and Pakistan's subsequent alleged role in sheltering one of the most wanted persons in the world. This story is primarily about how a boy from Dongri became a don in Dubai, and captures his bravado, cunningness, focus, ambition, and lust for power in a gripping narrative.

The meticulously researched book provides an in-depth and comprehensive account of the mafia's games of supremacy and internecine warfare. Grand Eagle Retail is the ideal place for all your shopping needs!

With fast shipping, low prices, friendly service and over 1,, in stock items - you're bound to find what you want, at a price you'll love! Please view eBay estimated delivery times at the top of the listing. We are unable to deliver faster than stated.Zaidi analyses that this alliance was born out of necessity. How did the topography of Mumbai mafia changed with the emergence of D-Company and its supreme, Dawood Ibrahim Kaskar?

The boss of the D Company is a billionaire many times over and it is said that his parallel economy keeps Pakistan afloat.

I am a businessman not a don. The D Company has many businesses in Mumbai and, it is believed, carries out billions of dollars of operations in Mumbai alone, much of it in Bollywood and real estate. This book helps us to imagine the time since beginning of the organized crime in Mumbai to the time of their control from outside India,the type of their crime and organization and lots more.

Dawood is believed to control much of the hawala system, which is a very commonly used unofficial route for transferring money and remittances outside the purview of official agencies.

If he did not like a question on the phone, I was not to repeat it on the fax. There are over fifty characters and hundreds are mentioned through the book, tiring to say the least when there is almost always nothing memorable about them.

He might be the undisputed king of crime reporting, but a storyteller he is not.

JENELLE from Texas
I do fancy reading novels afterwards . Feel free to read my other articles. I have only one hobby: water basketball.