His first book, Between a Rock and a Hard Place, was a New York Times bestseller and was adapted into the major motion picture Hours by Danny Boyle. A day-by-day account of Aron Ralston's unforgettable survival story. In April , whilst hiking in the Utah canyons, he was trapped by the hand for six days by an pound boulder. Finally, he faced a terrible decision: he had cut off his hand or face death. Published August 30th by Atria Books (first published August 31st ) His book doesn't just focus on the hours he spent trapped under the rock .

Between a Rock and a Hard Place is the autobiography of Aron Ralston. Published in , the of the canyon in central-eastern Utah. The book was adapted into film Hours, starring James Franco and directed by Danny Boyle. Hours is a biographical survival drama film co-written, produced and directed by Other changes from the book include omissions of descriptions of Ralston's efforts after freeing himself: his bike was chained to itself, not to the tree as. The international bestseller Between a Rock and a Hard Place is now a major motion picture starring James ppti.info into the remote Utah.

I lash out in fury, trying to yank my forearm straight out from the sandstone handcuff, never wanting more than I do now to simply rid myself of any connection to this decomposing appendage. 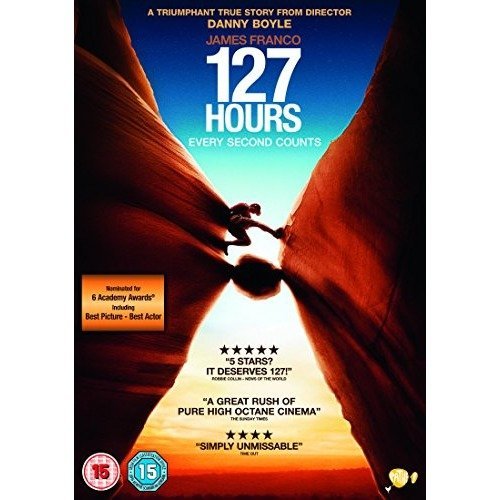 Man eats beer to survive snowdrift. Why I had to tell this story of heroism. Danny Boyle: I thrash myself forward and back, side to side, up and down, down and up. Then I feel my arm bend unnaturally in the unbudging grip of the chockstone. An epiphany strikes me with the magnificent glory of a holy intervention and instantly brings my seizure to a halt: If I torque my arm far enough, I can break my forearm bones. Like bending a two-by-four held in a table vice, I can bow my entire goddamn arm until it snaps in two!

I scramble to clear my stuff off the rock, trying to keep my head on straight. There is no hesitation. I unclip my daisy chain from the anchor webbing and drop my weight as far down as I can, almost making my buttocks reach the stones on the canyon floor. As I slowly bend my arm down and to the left, a Pow! There is an abnormal lump on top of my wrist. I pull my body away from the chockstone and down again, simulating the position I was just in, and feel a gap between the serrated edges of my cleanly broken arm bone.

Without further pause and again in silence, I hump my body up over the chockstone, with a single clear purpose in my mind.

Smearing my shoes against the canyon walls, I push with my legs and grab the back of the chockstone with my left hand, pulling with every bit of ferocity I can muster, hard, harder, HARDER! Sweating and euphoric, I again touch my right arm two inches below my wrist, and pull my right shoulder away from the boulder.

Both bones have splintered in the same place, the ulna perhaps a half inch closer to my elbow than my radius. I am overcome with the excitement of having solved the riddle of my imprisonment.

I push the knife into my wrist, watching my skin stretch inwardly, until the point pierces and sinks to its hilt. In a blaze of pain, I know the job is just starting. With a glance at my watch — it is I leave behind my prior declarations that severing my arm is nothing but a slow act of suicide and move forward on a cresting wave of emotion.

Knowing the alternative is to wait for a progressively more certain but assuredly slow demise, I choose to meet the risk of death in action. As surreal as it looks for my arm to disappear into a glove of sandstone, it feels gloriously perfect to have figured out how to amputate it.

My first act is to sever, with a downward sawing motion, as much of the skin on the inside surface of my forearm as I can, without tearing any of the noodle-like veins so close to the skin. I feel bundles of muscle fibres and, working my fingers behind them, find two pairs of cleanly fractured but jagged bone ends.

Twisting my right forearm as if to turn my trapped palm down, I feel the proximal bone ends rotate freely around their fixed partners.

Contribute to This Page

Prodding and pinching, I can distinguish between the hard tendons and ligaments, and the soft, rubbery feel of the more pliable arteries. Withdrawing my bloody fingers to the edge of my incision point, I isolate a strand of muscle between the knife and my thumb, and using the blade like a paring knife, I slice through a pinky finger-sized filament.

I repeat the action a dozen times, slipping the knife through string after string of muscle without hesitation or sound. Whatever blood-slimy mass I fit between the cutting edge and my left thumb falls victim to the rocking motion of the multi-tool, back and forth. As each muscle bundle yields to the metal, I probe for any of the pencil-thick arteries.

When I find one, I tug it a little and remove it from the strand about to be severed. Finally, about a third of the way through the assorted soft tissues of my forearm, I cut a vein. Another 10, 15 or maybe 20 minutes slip past me. I am engrossed in making the surgical work go as fast as possible. Stymied by the half-inch-wide yellowish tendon in the middle of my forearm, I stop the operation to don my improvised tourniquet. Setting the knife down on the chockstone, I pick up the neoprene tubing of my CamelBak, which has been sitting off to the top left of the chockstone, unused, for the past two days.

Between a Rock and a Hard Place

I cinch the black insulation tube in a double loop around my forearm, three inches below my elbow. Tying the black stretchy fabric into a doubled overhand knot with one end in my teeth, I tug the other end with my free left hand.

Next, I quickly attach a karabiner into the tourniquet and twist it six times, as I did when I first experimented with the tourniquet an aeon ago, on Tuesday, or was it Monday? It took me six days to figure out how I could cut off my arm. Self-disgust catches in my throat until I can clear my head. I clip the tightly wound karabiner to a second loop of webbing around my biceps to keep the neoprene from untwisting, and reach for my bloody knife again.

Continuing with the surgery, I clear out the last muscles surrounding the tendon and cut a third artery.

I now have relatively open access to the tendon. Unfolding the blood-slippery implement, I shove the backside of the blade against my stomach to push the knife back into its storage slot and then expose the pliers.

Using them to bite into the edge of the tendon, I squeeze and twist, tearing away a fragment. Yes, this will work just fine. I tackle the most brutish task.

ReThink Review: 127 Hours -- Between a Rock and an Overrated Place

Little by little, I rip through the tendon until I totally sever the twine-like filament, then switch the tool back to the knife, using my teeth to extract the blade. With my fingers, I take an inventory of what I have left: There is also a pale white nerve strand, as thick as a swollen piece of angel-hair pasta.

Getting through that is going to be unavoidably painful. The smaller elastic nerve branches are so sensitive that even nudging them sends Taser shocks up to my shoulder, momentarily stunning me.

The Captivating Story Behind "127 Hours"

All these have to be severed. Minutes later, I recover enough to continue. As I approach that precise moment of liberation, the adrenalin surges through me, as though it is not blood coursing in my arteries but the raw potential of my future. I am drawing power from every memory of my life, and all the possibilities for the future that those memories represent. It is A seemingly random There is only one character in this book, and that character is, you guessed it, Aron Ralston. A seemingly random accident, with a one-in-a-million rescue, has been fated for this kid his whole damn life.

I call Ralston a "kid" even though he was my age when he had this accident because he shows time and time again that he has learned very few lessons from his great experience of the world. Let me get some of the problems with the book and Ralston out of the way, so I can eventually say something nice.

Aron's a bit of a 90s douche of the highest order. He loves Phish and String Cheese Incident. He quotes the Matrix movies and Fight Club and Eastern philosophy. 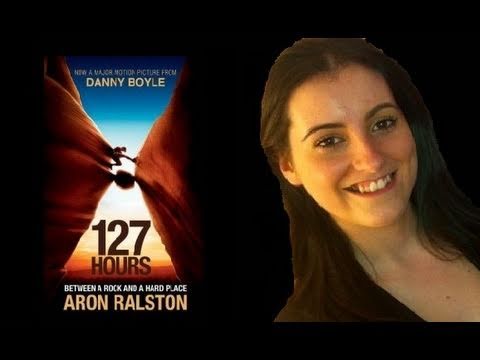 He writes from a thoroughly egotistical point of view - not spending enough timing concerned with anything but his own enjoyment of the world and his own survival. I mean, I can relate to that, but it's not intriguing to read Ralston's account of his search and rescue when he often uses hyperbole to express other people's emotions and actions.

Come on, man. We know your mom was really worried, but you sound a little silly trying to explain just how much she cared and how scared she was. I believe you. When writing about his winter fourteener project - an attempt to solo climb all of the mountains feet or higher in Colorado - he sounds like a typical priveleged mountaineer, full of bravado with no reason to risk his life.

He's a bored child in a huge playground. 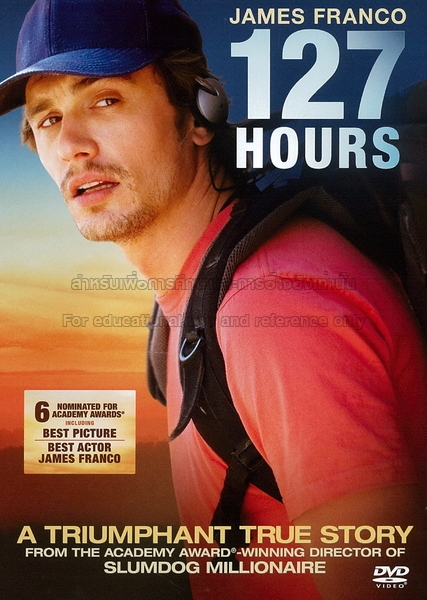 I guess I should reserve judgement on that particular matter, but I can't overlook his reckless endangerment of friends and strangers alike on some of his outings. While on a hike with two guys he meets south of the Grand Canyon, he jumps foolhardy into the ragin Colorado River and nearly kills himself and endangers his two companions who save him from the current. Later on, the same year of his accident, , he skis down a slope in Colorado against the better judgement of himself and his friends and then beckons them to follow.I found his detailed account of the ordeal in the canyon to particularly revelatory about the decay of the human mind and body in such situations.

He hallucinates about escape, relationships, and past experiences including a former lover, family, and Kristi and Megan. I have nothing whatsoever to do. Retrieved 20 January By Aron Ralston. Archived 21 February Follow his journey at AronRalstonSpeaker. Seeing the real thing is always better than a dramatization. Using the pocket knife, he slowly amputates his arm.

JACINDA from Maine
Review my other posts. I have a variety of hobbies, like sprint football. I do love reading novels rigidly .